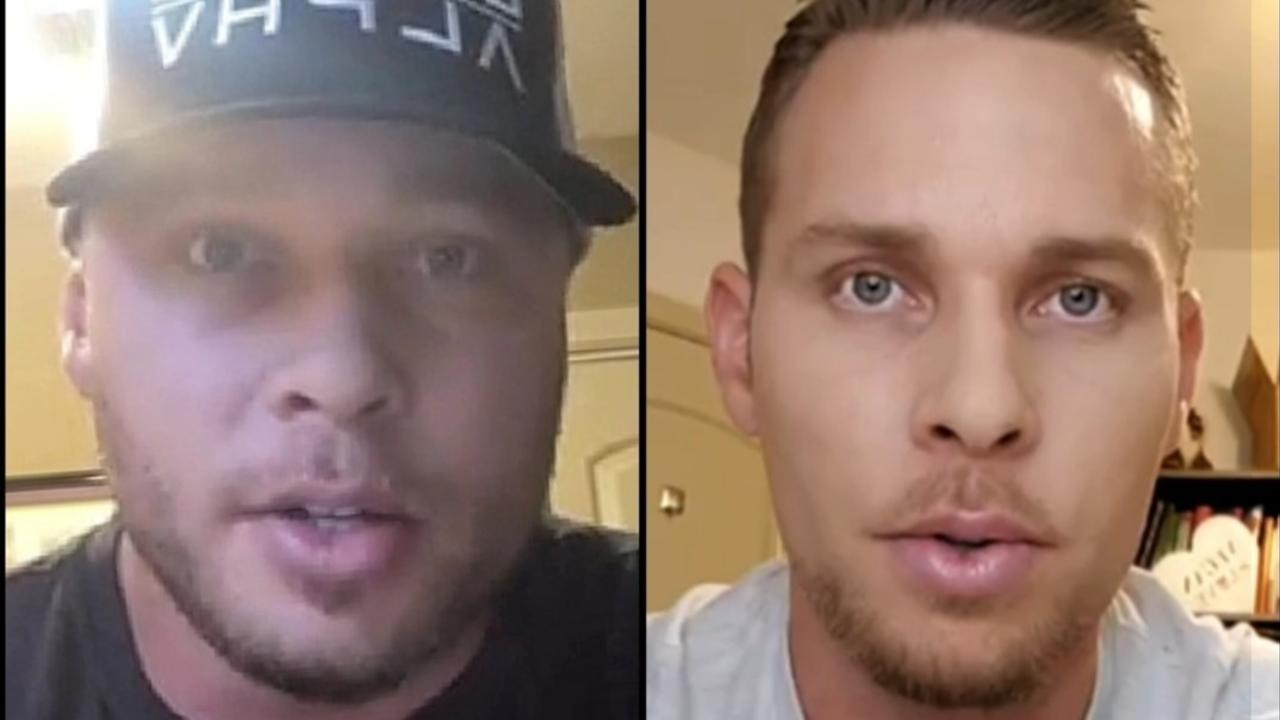 Your face tells a story. (6 KEYS I used to change without dieting)

Below is 5 key points + a 6th bonus point I want to impart with you in the hope it will help you evolve.

When I was scoffing down vegan donuts and eating way more calories than I needed I didn't really SEE how I looked.

I knew I was way heavier than I had been before, but I didn't see how I looked.. Because the changes were so gradual. 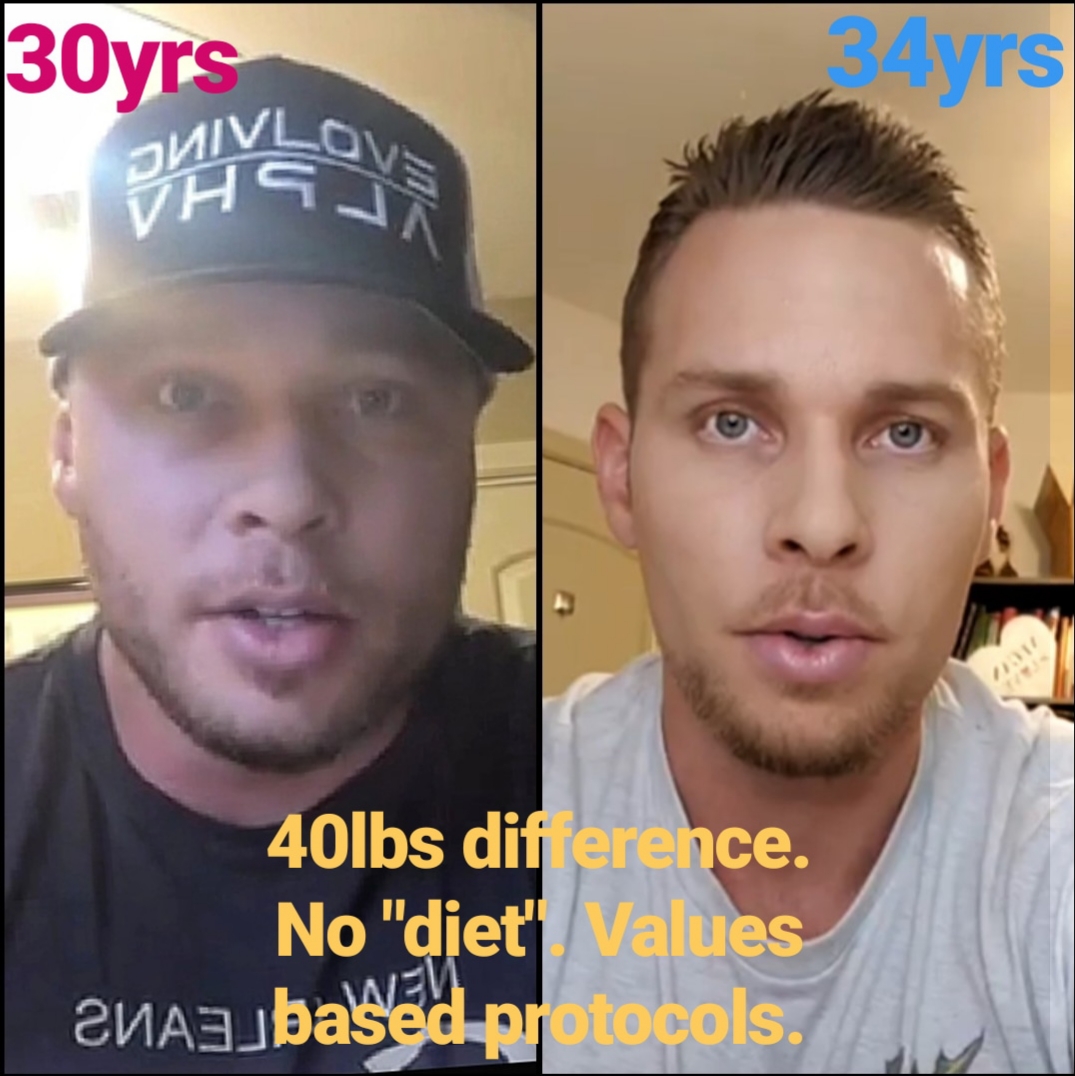 I realize now we don't see the forest through the trees. We don't know what we don't know, but knowing this is the first step too..

Like a lot of people in the fitness world I chalked it up to 'bulking'.

It was more just a reason for me to eat whatever I wanted, whenever and I could brush it off with a 'bodybuilding reason'.. 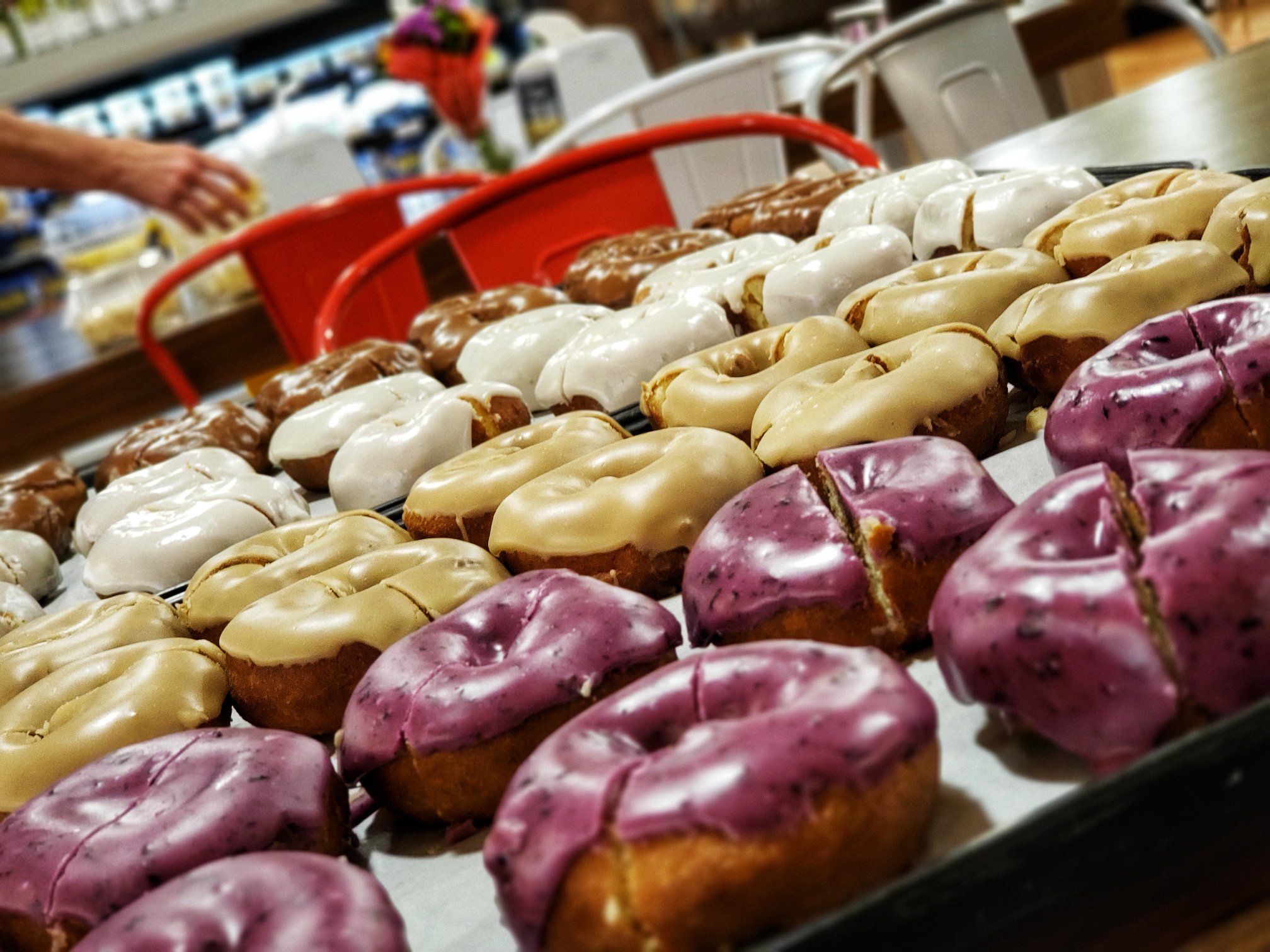 I remember not just eating more vegan junk food, but I overate healthy foods too. So the combination of that is what you see here.

There was no "diet" here..
So what does the process look like then?

I had done that before and I realized that unless I changed how I think, I will keep going back to the old triggers.

Here are some ideas for you today.. 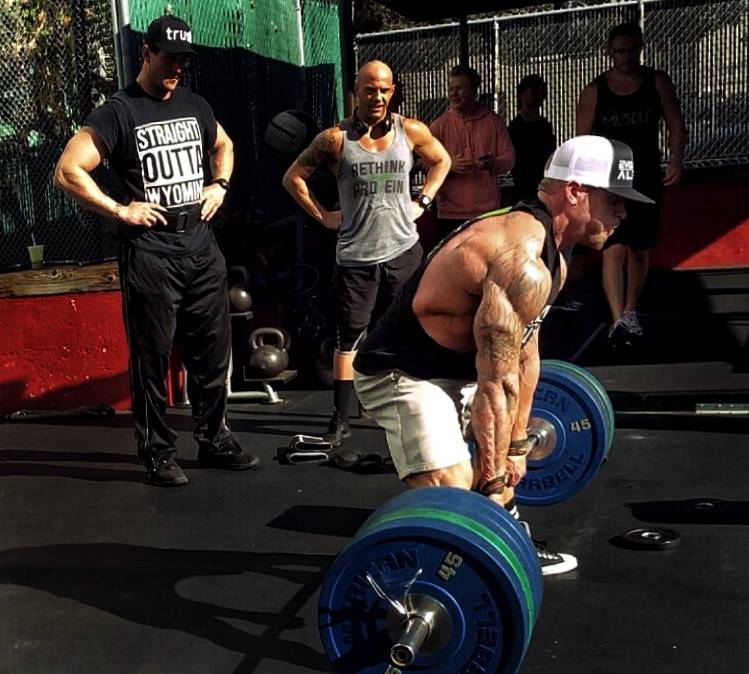 I put a time cap on my training.
No open ended stuff.
In and out by very specific times.

I realize now all that happened was I pushed my body into more and more of a stressed state. More stressed = more unresponsive. Because I trained more, my energy levels were worse, which lead me to try and use food to peak energy, which might have worked for a SHORT window of time.

I realized more workouts, more volume is not a long term sustainable way to get optimal. I can't out train what I am eating by doing 2x workouts a day, or adding 30mins of stepmill on top of my already long workouts.

All those things did was age me faster.

I found getting in a shorter MORE intentional workout - then making time for Sauna + Cold plunge (recovery stuff) was a big component.

As cliche as it sounds. I found out less can often get a better result, when the 'less' is more intentional and strategic and not just a carpet bombing approach.

I had to have a "chip on my shoulder" about wanting to change. 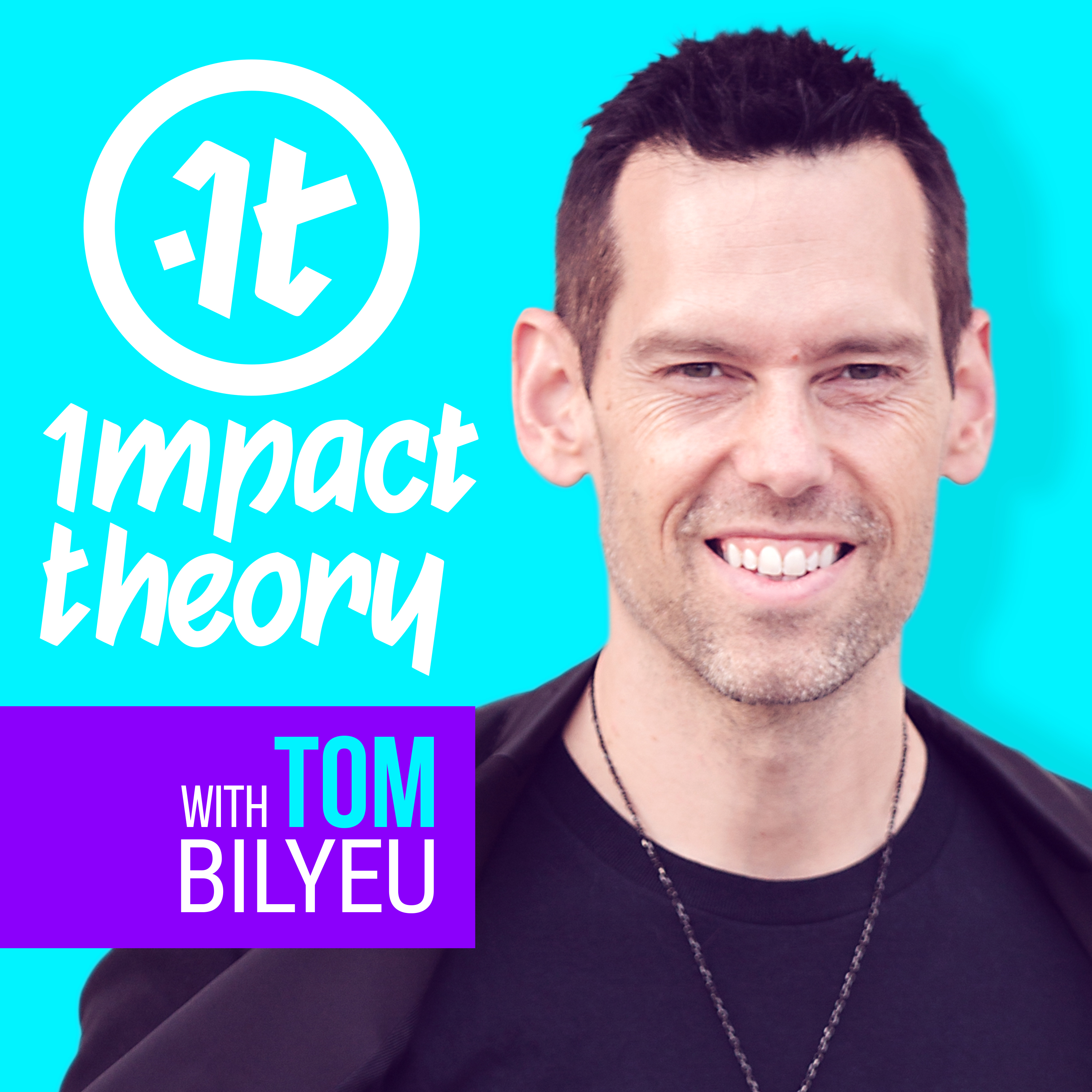 As judgemental as it may sound I had to look at people around me, observe their results and ask myself.. do I REALLY want their life?

I knew I wanted more and I didn't want most peoples lives.. That I had to look at their habits and their results and say I DO NOT want THAT..

I need to turn down the things that culminate together to get my current result.

So if looking at family members, co-workers, friends can provide a catalyst for not wanting their life - which means you be the odd one out, do it.

You can still value and love them and still not want their life for you.

3 - Vegan doesn't always = healthy.
I knew this, but I loved me a vegan donut lol and on the rare occasion still do.. but I knew that eating tons of processed vegan food alternatives purely because I liked how they tasted wasn't helping me..

I also know it's this cycle of the more stuff I ate like this, the more I craved it, the more hungry I felt - and so I would listen to that compulsion to go and seek more of it out..

Rather than sitting in a degree of discomfort for a short time, to break that loop and not crave as much.

I have nothing against any of those things at all. They serve a purpose and help reduce animal suffering from the equation which I love, but I would also be lying to myself I were to say that they were the BEST choices I could be making within a vegan whole food diet too..

It cost more money, but it also cost more in terms of how I looked and felt too.

So even within Veganism there is always room to grow into better eating habits too alongside your moral values, which is really cool.

But the first step was to crowd out more of the junk food with healthy food even if it meant eating more portions of those healthy things, first.. 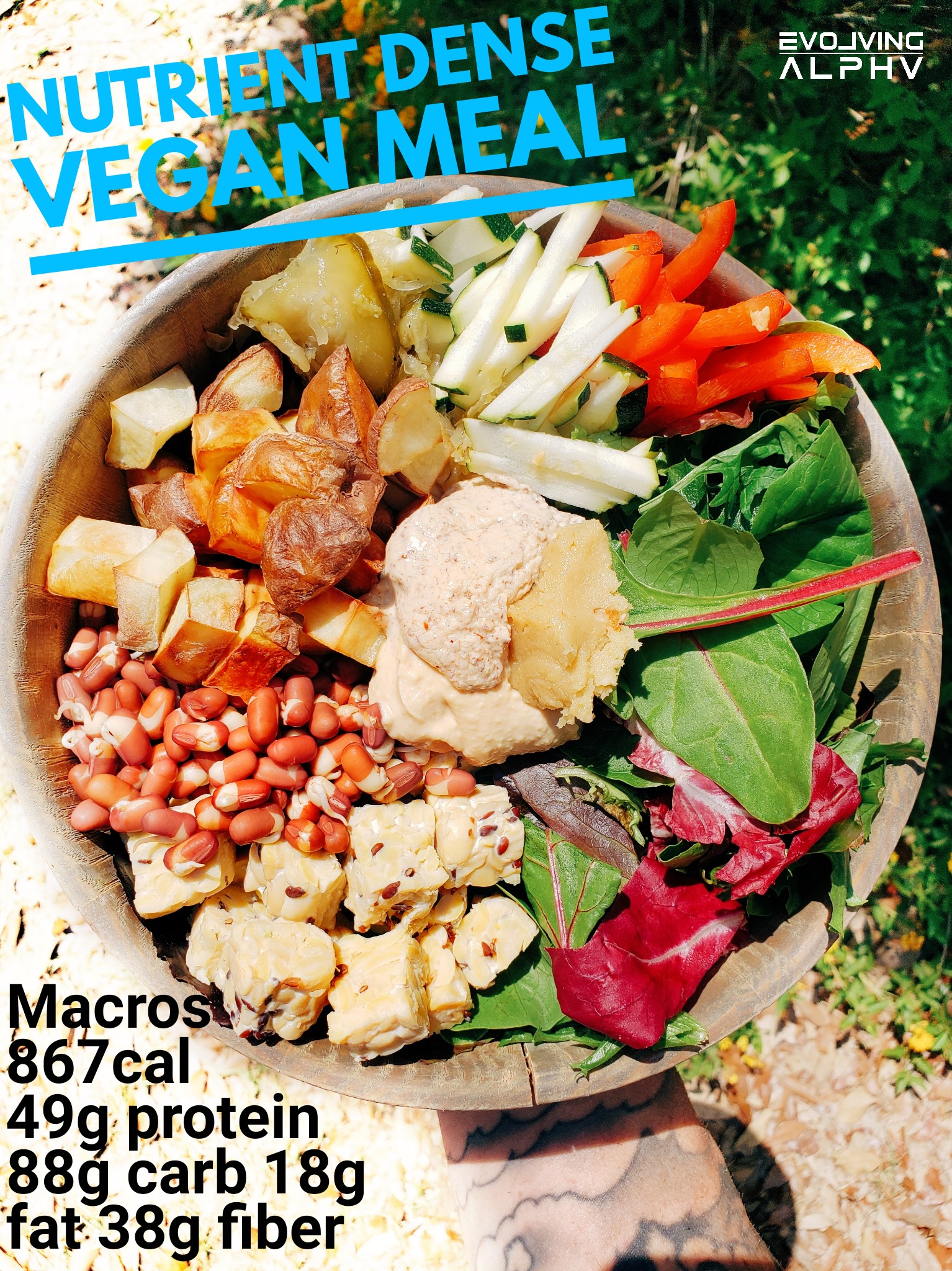 Then I had to work on portion control which is something we talk about in our new programs we are beta testing right now.

It's the next step.

There is so much more to it than that.

The kind of hormonal and neuro-chemical impact food has. It literally changes the chemistry in our body in good or bad ways. 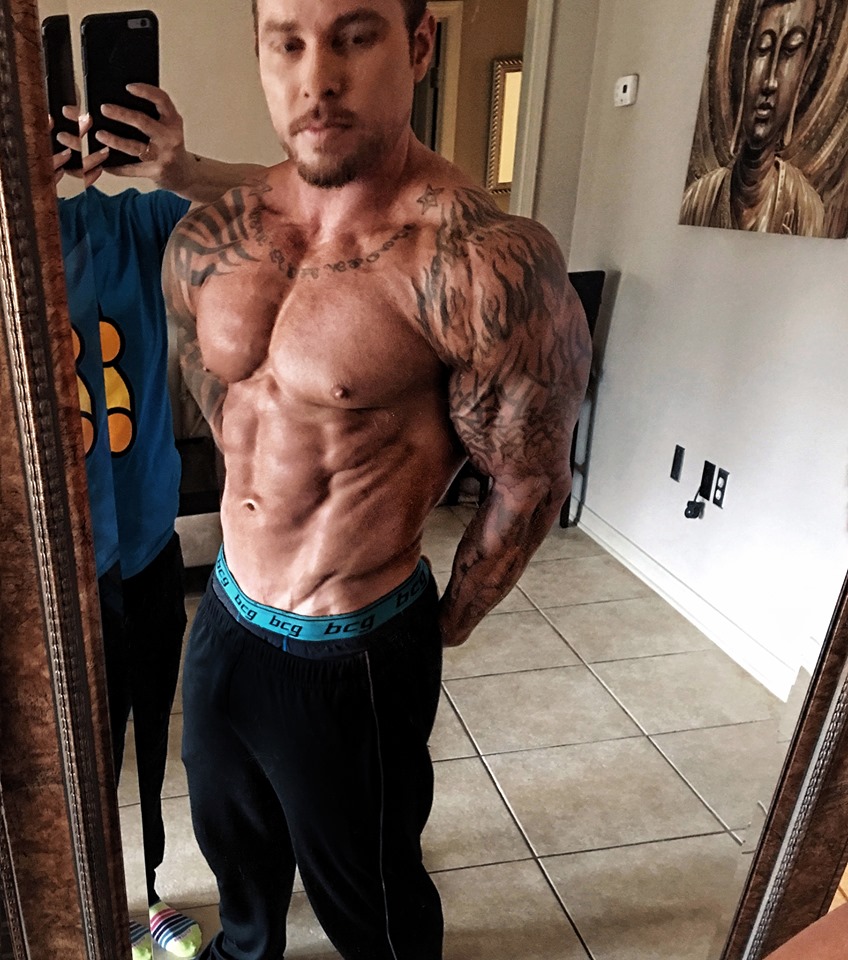 The effect it has on digestive health and immune function. I noticed back then I would get colds all the time. I was sick way more often..

You can lose weight being in a calorie deficit eating junk food, but you will feel terrible, crave more foods and it will be WAY harder to sustain the result.

I knew so much of the way we think is around the absence of disease, or a mental health issue.. but the absence of it doesn't mean you feel good. I wanted to feel more alive!

A big part of this was the birth of my little girl Zea..

I realized that she is watching what I do and even if its not perfect and I still have my moments - I want to be better for her..

I want to live longer & be healthier for her..

I want her to see those positive habits and have that be a norm for her.. 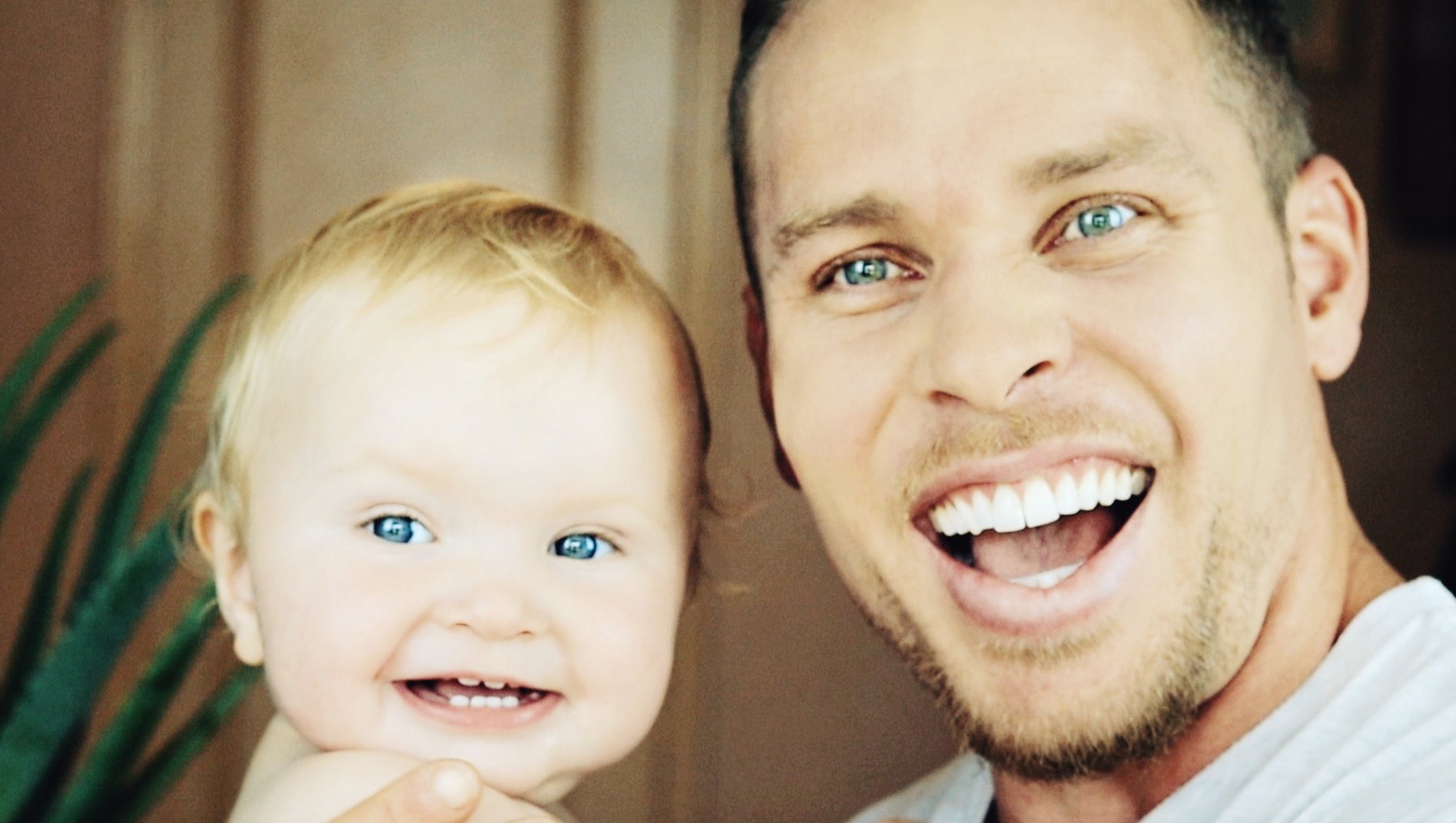 It was having a deeper values based reason to rise above my previous programming.. You want to find something that illicits an emotional response - 'good' or 'bad'.. If you have a reason/goal that doesn't trigger any emotion it will never really move you to bigger action..

You need to feel that pull on your heart strings, or even a fear and then frame it into a positive light.

The deeper the emotion around our why - the more likely we are do find a way when things get tough.

Also having a vision or target for your life..

I found having actual dates, tangible time frames helped me really push through. Open ended dates, soft targets - for me it was way harder to stick with it.

5 - Improvements often lie in ALLLLL the stuff outside of nutrition & training.

It's been a solid message of mine for the last few years now..

Sleep.
Clean water.
Clean air.
Sun exposure.
Getting out in nature and natural microbiomes.
Gut health. Nervous system strain/recovery.
Micronutrients in food, not just protein/carbs/fats.. but vitamins & minerals.
MINDSET.
The people we associate with.
The environments we are in.
The content we follow on social media.
The books we read.

All that stuff plays such a big role. So big..

Even how our psychological stress can impact how we digest food. Sure, sometimes it's a food intolerance or some tangible gut issue..

But sometimes it is literally our thinking. 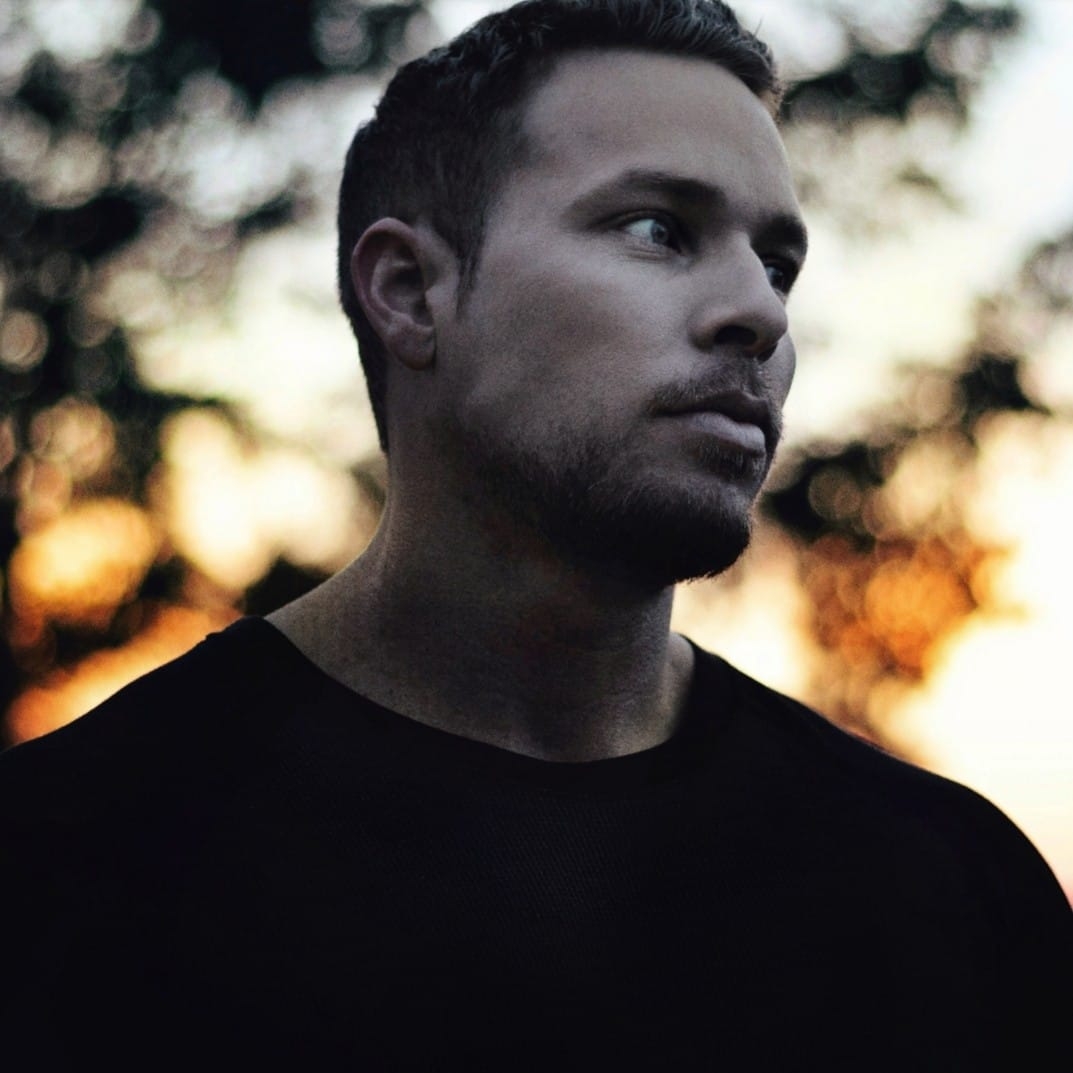 More and more I began to understand how where ever we are performing right now, no matter how normal or good we think we are - there is ALWAYS room for improvement..

I just knew having acid reflux, bouts of sleep apnea, feeling tired often, having to buy new clothes to fit because my old stuff was looking more and more like under armor - and constantly craving bad foods..

Wasn't worth it for me anymore..

I would ask myself..

"How do I want to FEEL after I eat this?". Because I know if I eat poorly I will feel all the above more and more. It took time for this to stick, but the more I began to pay attention to how I felt when I ate well vs. How I felt when I didn't..

It began to bother me when I didn't eat well..

I also began to realize that I don't need to eat faster, or eat the whole pack, or eat everything as a way to reward myself for a solid week in sales at Evolving Alpha or after a stressful day have something to try and feel better..

That I can actually sit in that feeling, observe that toddler brain in my head saying - treat yo self! you need this, its' gonna make you feel good..

Know that it's just there because I've repeated this pattern enough and that through sheer observation alone and choosing to not act on it right away..

I could often diffuse it. It takes practice, like anything worth mastering - it takes repetition..

If any of this sounded familiar, or if any of this is stuff you want to learn more about then be sure to go to our main page and enter your email to get my newsletter HERE.

I send so much more there and we have new programs we are literally testing right now. The first beta test had over 250 applicants. SO grateful.

It's so so different to the current model of dieting & training we see in the fitness space.. But I feel like as we learn more about the human mind and systems we need to adapt how we approach things..

To me the old model is not the best way anymore..

So go get on those emails because we have so much more coming regarding this... And the first email for next week is on how I mastered portion control, which I know is HUGE for most of us..

I hope this helps someone today - take one thing, apply it.

Let me know below what other things have been key in your own journey that have helped you make better changes over time.

PS. If any of this resonated deeply and you want my help, schedule a discovery call HERE - and let's figure out the best way I can mentor and coach you as soon as possible.