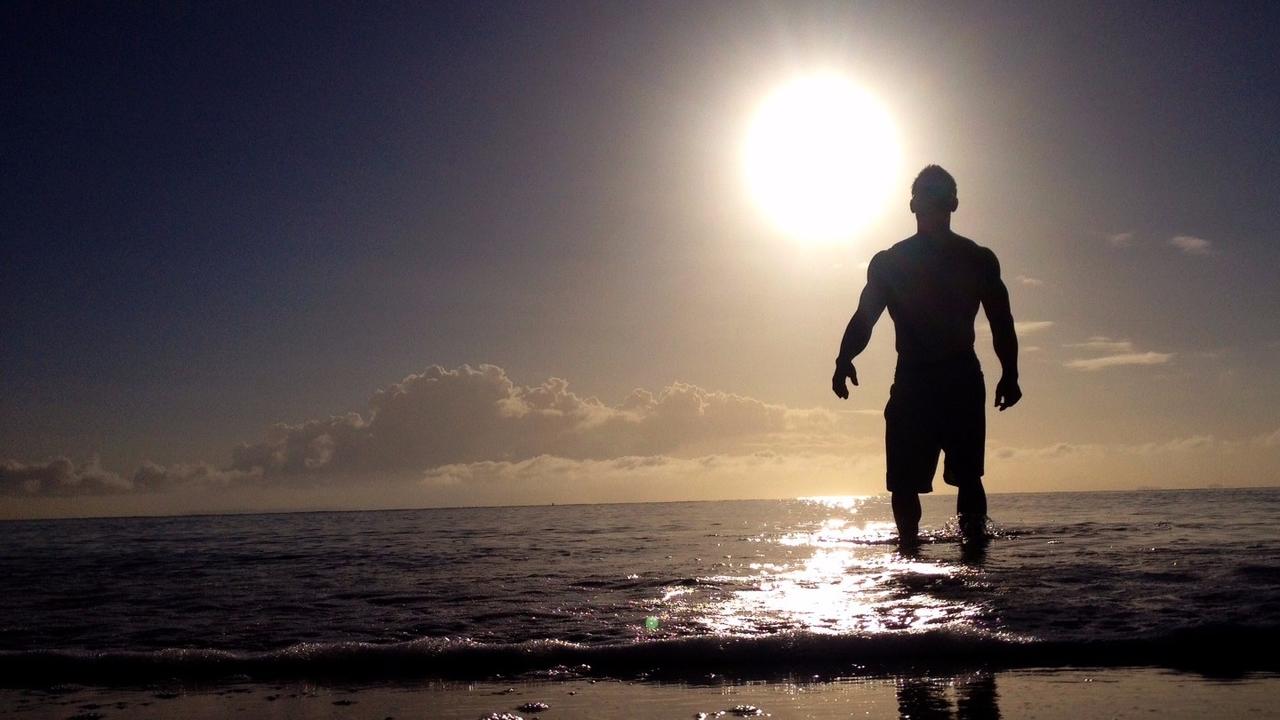 If you haven't yet read PART 1 of this story, start there first.

Now to continue the journey...

As a bodybuilder I would eat animal products all day every day. They were the staple foods in my diet. Chicken, fish and eggs especially. The odd beef steak and even lamb. I ate 3-5 times as much food as the normal person and that included animal products.

I’m embarrassed to even state this fact as I type this, but I would eat on average about 3 chicken breasts per day. That’s over 500 animals killed every year for ME.. For me!!..

What was I thinking?!

Even one innocent, harmless animal killed for us, in this modern culture where we have everything at our finger tips and can have a massively healthy life around plant based foods -- is so unnecessary.

We are a truly insane species to think this is okay - I can and could feel my own insanity too. I was insane to think this was normal and to preach peace, while being part of this. I am just as guilty as anyone else, if not more so. Does it make me a bad person? No.. and neither are you. It just made me part of the system. Asleep. Not thinking. Not testing my own limitations.

Eating all these animals did take me a long way with my physique. I got big. I got reasonably strong, but on the other hand I felt bloated all the time. I felt tired and lethargic. I never really felt like my body was optimally accepting what I was eating either. Like whatever I was eating, it was being forced to use and not in a optimal way.

It’s important to remember there is a difference between looking good and actually feeling good.

The two don’t always come hand in hand and I can be a testament for that.

I even felt immense brain fog at times to the point where I just couldn’t focus and would have to go and lie down. A sense that I wasn’t really vibrant or healthy even if I looked healthy. I think a lot of fitness guys can relate to this too.

I remember sometime in October Lauren told me she had been watching more Dan McDonald (The Life Regenerator on You Tube) and she was feeling like shifting more and more to a plant based diet to see how she felt. At the time I thought that was okay, but I didn’t think I would follow suit. I just thought I’d eat a few more vegetables and carry on with my lifestyle as it was.

But it was her that planted the seed. Back then I never even new the seed had been planted. It was just a novel idea.

At the time when I did post the odd plant based meal I would get semi-weird comments from people, but i'ts to be expected I guess! lol. From vegans and meat eaters alike. The vegans would jump on and say something about animal cruelty and there would almost be this awkward silence. I could feel it. Like, no body knew how or what to say in response.

Then I noticed with meat eaters that the first thing they would say is – “Where is the meat? I don’t get it”. I felt a sense that words like this were a underhanded comment intended to almost belittle my attempt at making a plant based meal. In a world were we preach acceptance of beliefs, I actually think that is totally untrue. I think we value conformity in our society. Conformity with politics. Conformity with religion, Conformity with race and beliefs about animals and anyone opposed to a view is an outcast. That is my experience and what I have seen.

Everyone wants to fit in so badly they will lose themselves in a set of ideologies that aren’t even their own.

We all do and have done this.

One of the things I noticed with veganism is that it touches on such a sensitive subject for people. They shut off immediately and get incredibly repelled by it, if they aren’t in a place to open their mind and heart and consider their own actions.

I wasn’t there a few months back. Hell, I even watched a cow get her throat cut wide open and die in front of me and it didn’t stop me. So I don’t blame others. I know I was there too.

Even the word veganism conjures up so many opinions and ideas.

But I also know if I can change from where I was to where I am now. Anyone can.

Back in November I would add in one plant based meal per day. I had no idea what to eat or how to make it. I really did have to do some research. Learn about what seeds and grains were high in protein. Learn about what foods were good carbohydrate sources, good fat sources and good protein sources. Had to learn what I couldn’t eat. Had to learn what foods would be new staples in the meals I made.

It was a totally new learning curve.

I had to let go of the years of knowledge I had accumulated on what I thought was right and shed my ego, shed my former self. It was hard I felt vulnerable and naked. Like part of me was dying off making way for a new part.

There was almost a strange sense of loss in the idea that my reputation was shedding.

Doing 1 meal per day was manageable for me. Start with one meal. It mostly began with a seed like quinoa – a good source of protein, amino acids and carbohydrate. Easy to prepare and you can flavor it how you want. So I would make quinoa on a bed of salad and just have that and flavor it differently each time.

So it did begin off very simple. But sometimes simple at first gets the job done.

Check out Part THREE soon to see how my strange journey evolves. :)