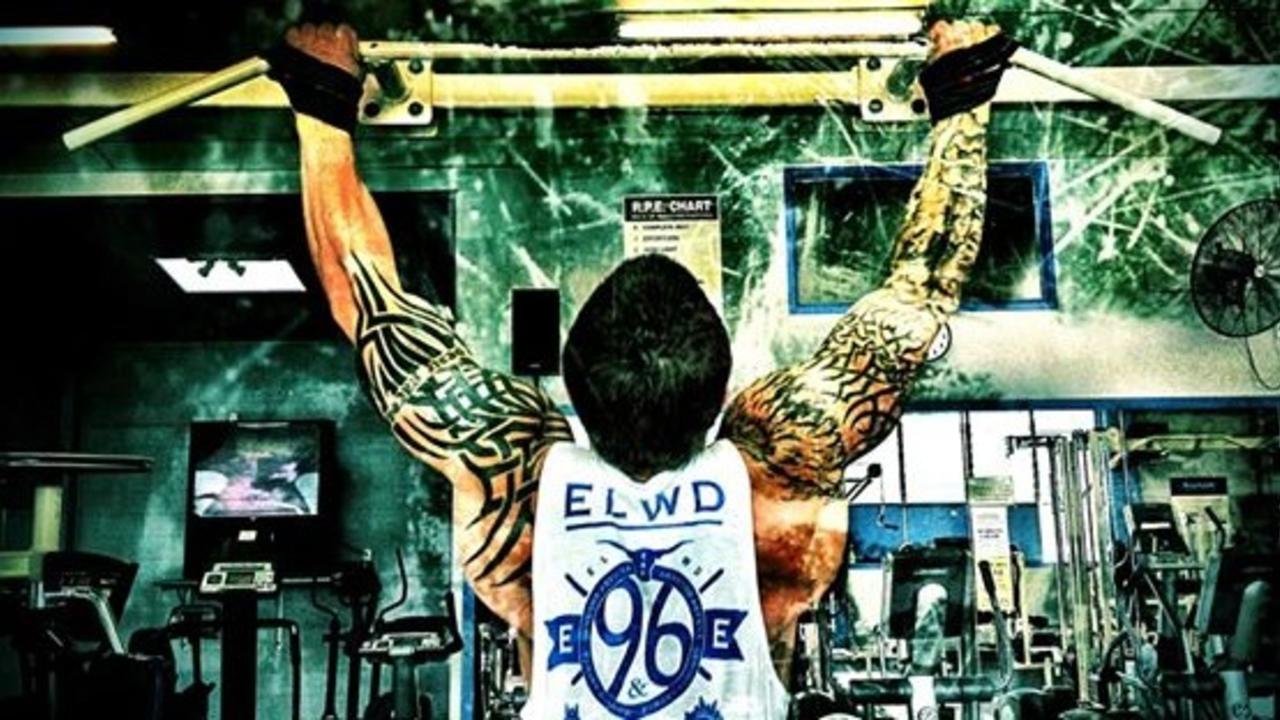 Hey guys, if you haven't read the first 2 parts of this story, check them out here:
Part 1
Part 2

It helped that Lauren bought a vegan cookbook called Thug Kitchen. I trawled through that for recipes and began experimenting with different ones each week. Usually one or two new ones per week amongst my 1 plant based meal I made per day.

It was fun. I actually enjoyed the change in food as I was so used to eating nothing but chicken, fish, eggs, and other plain foods for so long.

I realized when people say, you don’t eat meat or eggs, or cheese? What do you eat then? Those very same people have the most boring, routine diets around. I know I did. We just speak through our own ignorance don't we?

It actually forced me to slow down and spend time in the kitchen. Instead of time farting around on social media, being distracted, thinking about changes I should make instead of actually DOING them.

There is a strange bond and therapy that lies in appreciating our food and taking time to make it. I can’t really explain it but there is a feminine, nurturing quality we have round a garden, plant life and preparing and cooking food. It takes time, care, focus and patience. It can teach us so much about how we should begin acting in the world.

There is something so schizophrenic about the way we think, having pets yet going about our daying eating other animals. To me I just couldn’t ignore that anymore.

We have all become so detached from what it means to be human.

When it comes to nutrition and my body, I was concerned. I was worried that doing this I might lose my physique. As narcissistic and selfish as that sounds -- and it is very selfish, but part of our bipolar human condition too. I thought that I might get skinny or fat, or both. I really had no idea what to expect.

So it was totally foreign to me.

After all, I had been taught from childhood that eating meat was part of our diet. My grandparents thought that. Their parents though that too. It’s all I had ever known. It is like being raised a Christian or a Muslim then realizing that the beliefs and teachings they express no longer fit with who you want to be and walking away from that belief system. Just imagine how hard that could be.

The majority of people are trained how to think at birth and they spend their whole lives passing on that training to the next generation.

Part of me was anxious, but part of me was excited too. I am defiant and I like to go against mainstream thinking. It’s always been that way. So part of me developed this idea that I want to prove to people you can have an amazing body, life and health with a 100% plant based diet. When there is so much out there that ridicules veganism.

Part of me wanted to be the guy who takes on that stereotype just to disprove people and prove to myself that nothing I really know matters. That I can finally accept that nothing I believe is absolute truth and I have the power to keep evolving and changing towards someone with compassion.

Someone with understanding and love who is aligned with my beliefs and my actions too.

Fast forward to December 2014 and I had learned more about veganism, animal rights, environmental issues and health issues around veganism in about 2 weeks than I had in my entire life. I was like a sponge. I wanted so badly to speed up my learning process around this very foreign subject so I could move forward with confidence in my knowledge.

Lauren had ordered another 2 vegan cookbooks and I had searched the internet for some blog sites with amazing looking vegan dishes that I would try out. I began to expand how I cooked. Using a larger variety of vegetables. Making different sauces from scratch. Trying different kinds of foods that I didn’t even know exist. Like Flax tempeh. Hemp tofu. Hemp milk and some amazing raw vegan recipes.

I had no idea what this stuff would taste like and I was still reliant on eggs at the time. I felt like okay so even if I get most of my protein from eggs then supplement it with more and more plant-based meals. So that’s what I did.

I felt this strange reluctance to detach from eating animal products. Like I was letting go of some deep part of myself.

I thought to myself where does our business go from here? Here we are promoting animal suffering and death through the very programs we make a living from. I had never thought about that before and it bothered me.

I also felt like the friends, clients and colleagues I had right now had gotten close to me because of my current beliefs around food, nutrition and fitness. What would happen that they have shifted? Would they think I am nuts? Some hippy liberal quack that has gone down the wrong path?

I realized we are so far off the path we should be on that an ideology like veganism that promotes peace and love is considered extreme and crazy.

Look how crazy this world really is.

That also bothered me and still does to this day as I try to find my voice in the world and figure out how to properly express my feelings and beliefs around treating other beings on this earth with love and respect and at the same time not get into debates with every single person that asks me about this.

I don’t want to be forceful or pushy with my beliefs. I just want to help enlighten people and allow them to think critically about their own lives and let them make their own choices and decisions.

So they can grow and manifest the kind of lives they know they can and should be living. To help people think beyond just themselves and consider we are part of a greater whole.

So about 2 weeks out before I decided to go completely plant based. I spoke to a vegan on facebook and she pointed me in the direction of some vegan bodybuilders who I could talk to and get food ideas from. That helped a lot. Having people who are already living the lifestyle to mirror off them, ask them questions and gain their insight.

I think that really helped me let go. When I saw other strong , fit, muscular guys who were vegan I thought what the hell is actually stopping me now?

So why was I holding on?

Habit? Familiarity? Tradition? Indoctrination? Society? I think it is all of them.

From birth we are taught to be kind to animals as a way of determining how gentle a child is. Yet we then brutally kill, cut up and eat those animals and feed them to our kids. The same kids we encourage to be kind to the kitten or puppy. I felt the hypocrisy within me.

That we just consider this normal. That we consider this to be fair or right, because its part of our history or tradition. Hell my native people in New Zealand ATE people as a tradition -- does that make it right? Or honourable? I think of this quote by Hubert Reeves. He said... 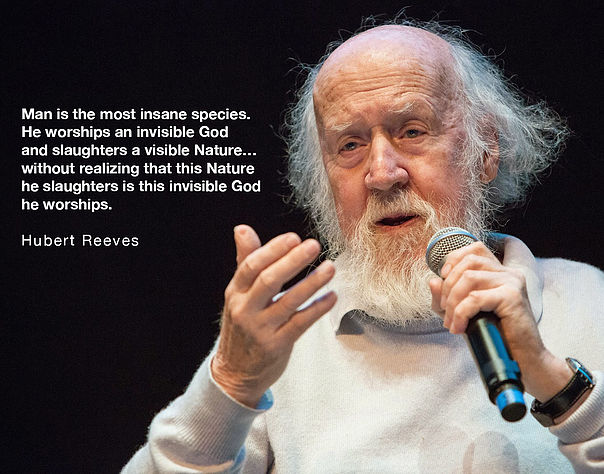 All of a sudden my own hypocrisy became so clear. I felt a sense of guilt that I had been part of this horrible system for so long and done it consciously knowing I was promoting suffering and slavery. That I was meant to be a man preaching peace and love, yet I was paying someone else to murder innocent beings to fill my stomach, when it wasn’t actually necessary at all.

I knew I had to change. I just knew I couldn’t keep doing this anymore. I actually cried when I watched The documentary Earthlings, thinking about the pain and suffering I had been part of. It was a real turning point in my life.

I now know too much to go back. See, what I realize about most people is they just don’t know enough to make good decisions. They make decisions based on the lack of knowledge they have. They hadn’t immersed themselves in learning like I did to realize there was no going back. In fact most people don’t want to do that because they know when they reach this point they are evil and hypocritical by not changing and people don’t want to live with that in their conscience.

I spent so much time learning, watching talks, videos and reading because I needed to validate what I was feeling. I needed a way to confirm this was the right step, so the more I absorbed the more it helped reinforce the idea that this was something I just had to do..

I knew in my gut I had to, but the absorbing of information helped drive it home for me.

And so I took the final leap.

Check out Part FOUR coming soon to hear how I Evolved Alpha... from a meat eater to an plant strong warrior, and how it's effected my health and mind.