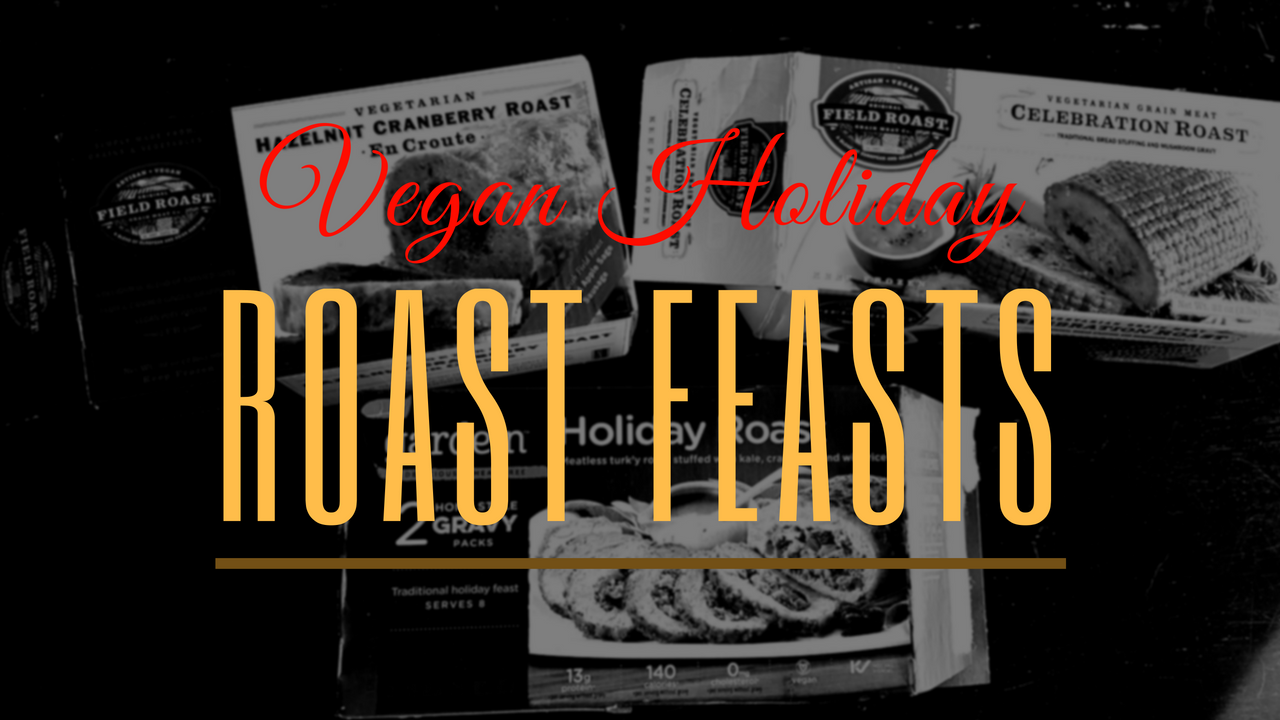 Ok, so we picked up these 3 beauties that were available at our local Whole Foods for Thanksgiving.  I wanted to try the different ones so that we could give you all feedback on the differences and which ones we recommend.

We also wanted to make sure that there was plenty enough to go around for everyone (vegan and non-vegan) to try them!  Our family may not all be vegan, but they do like most of what we cook & contribute so that's a start! :)

So here are the 3 varieties that we tried this year.... 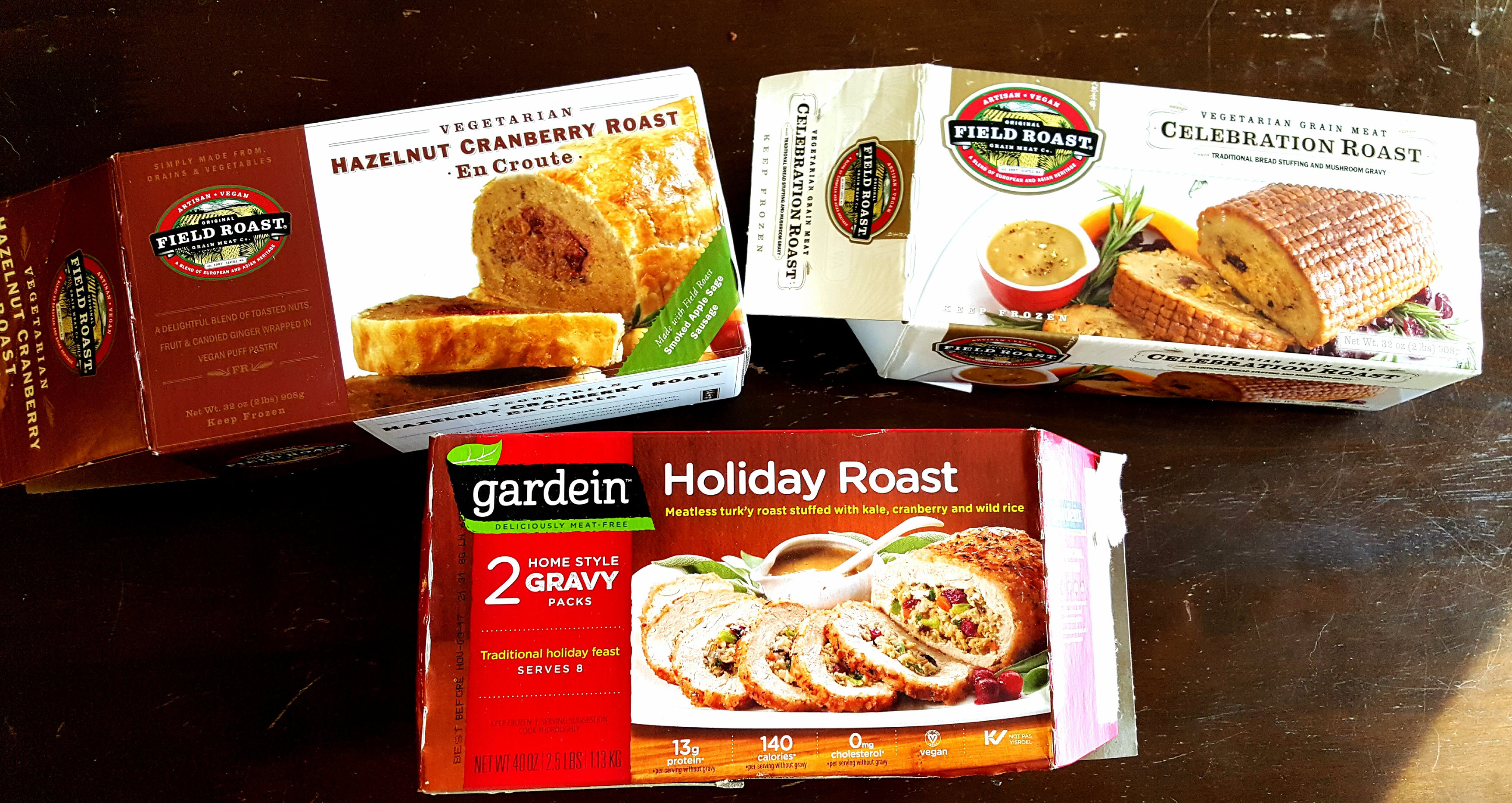 Before I tell you which one was our favorite, let me tell you one big difference between them -

Both of the Field Roast varieties instruct you to thaw them first!

Just wanted to give you the heads up because I wish someone had told me that!  I woke up Thanksgiving morning ready to cook all these bad boys only to realize I had frozen solid bricks that were supposed to be thawed.  In a pinch, I just placed them in pots of hot water to defrost as much as I could before proceeding to bake them.

Now, in order of our favorites....

- Made with soy.  Most moist.  No defrosting required.  Easy to prepare.  Colorful/Pleasant appearance.  Comes with gravy included - and the gravy was our favorite too!

- Seitan based.  Enjoyed the "en croute", it's like a flaky pastry surrounding the roast.

- Seitan based.  A little dry; requires some oil to keep from drying out.  Be careful not to overcook.  Also comes with gravy, but in powdered form, and we never got around to using this one because we alredy had 2 other gravies.

From memory, all 3 were pretty similar in price...but I do believe the Gardein Holiday Roast (our favorite) was slightly cheaper by a few dollars.

Now, one size does not fit all - We know that some people don't want soy....so they can choose one of the Field Roasts.  And likewise, some people want to reduce or eliminate gluten, so they won't want a seitan based roast (seitan is made from wheat gluten).  So, at least there is something for everyone!

<side note, the Gardein roast does still include some wheat gluten, but it is not the main ingredient like the Field Roasts>

But if you're just looking for the best tasting, best presenting vegan roast to share with your family this holiday season...

then the Gardein Holiday Roast is where it's at!! :)

Better stock up for Christmas!.... 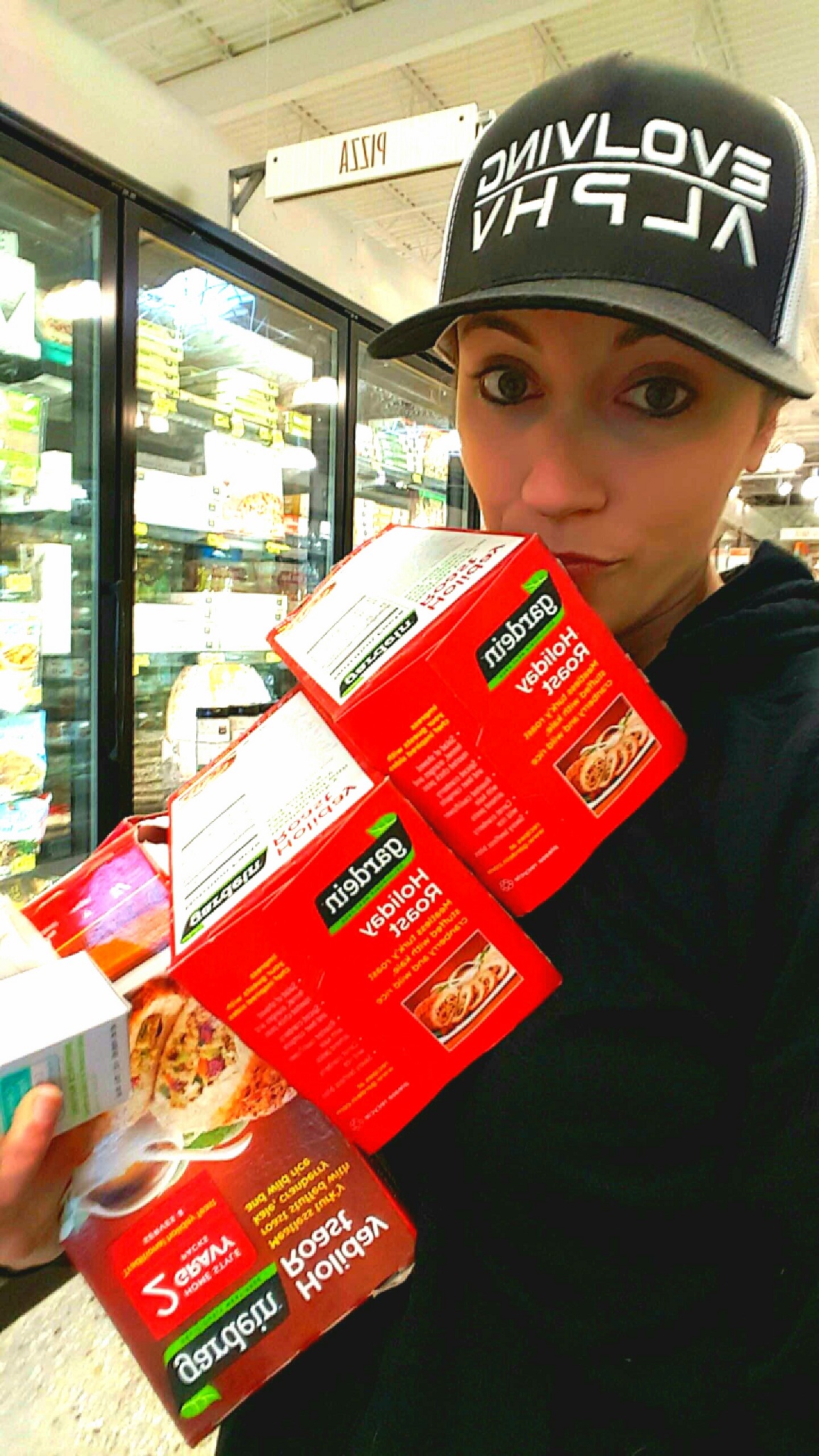